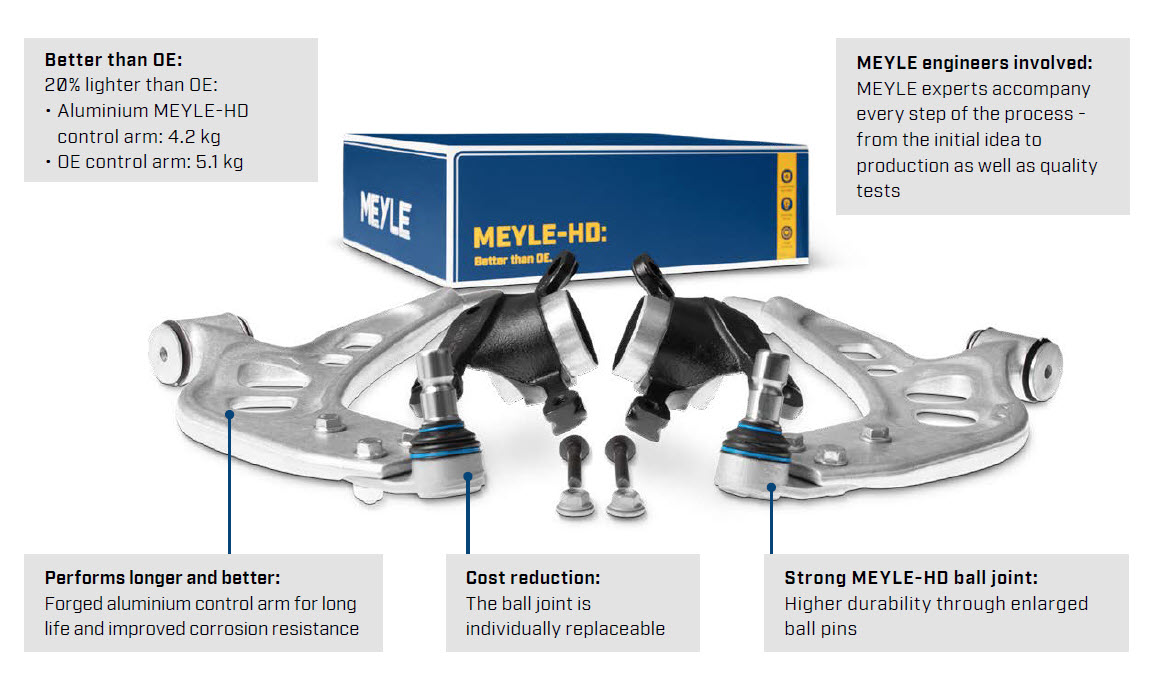 The durability of the new MEYLE HD control arm has been confirmed in an independent TÜV Nord test report commissioned by MEYLE. The MEYLE part was tested in comparison to the OE part.

(The TÜV report for the MEYLE HD control arm kit was issued exclusively for the operational strength criterion. Further criteria were not tested.)

Find all information on MEYLE products, installation tips and a lot more on these pages.

Find all MEYLE spare parts for passenger cars, vans and trucks in the online catalogue.