The drive and suspension components on VW vans are subject to particularly heavy stress. Take for example the strut mount: With a high centre of gravity typical of the T5 and T6 models, the strut mounts are put under considerable strain when cornering, driving off or braking, even when the vehicle is empty. Driving under a heavy load will substantially increase the forces acting on these parts – making it almost inevitable that parts wear out prematurely. To remedy the problem, MEYLE has designed an all-in-one MEYLE HD repair kit offering full compatibility with both VW van models.

• The larger number of balls in the rolling bearing allows for acting loads to be distributed more evenly, thereby increasing the mount's overall load-carrying capacity and ultimately part life.

• Unlike the cast-metal OE design, the spring plate of the MEYLE part is forged making it much more robust and eliminating the risk of crack formation. 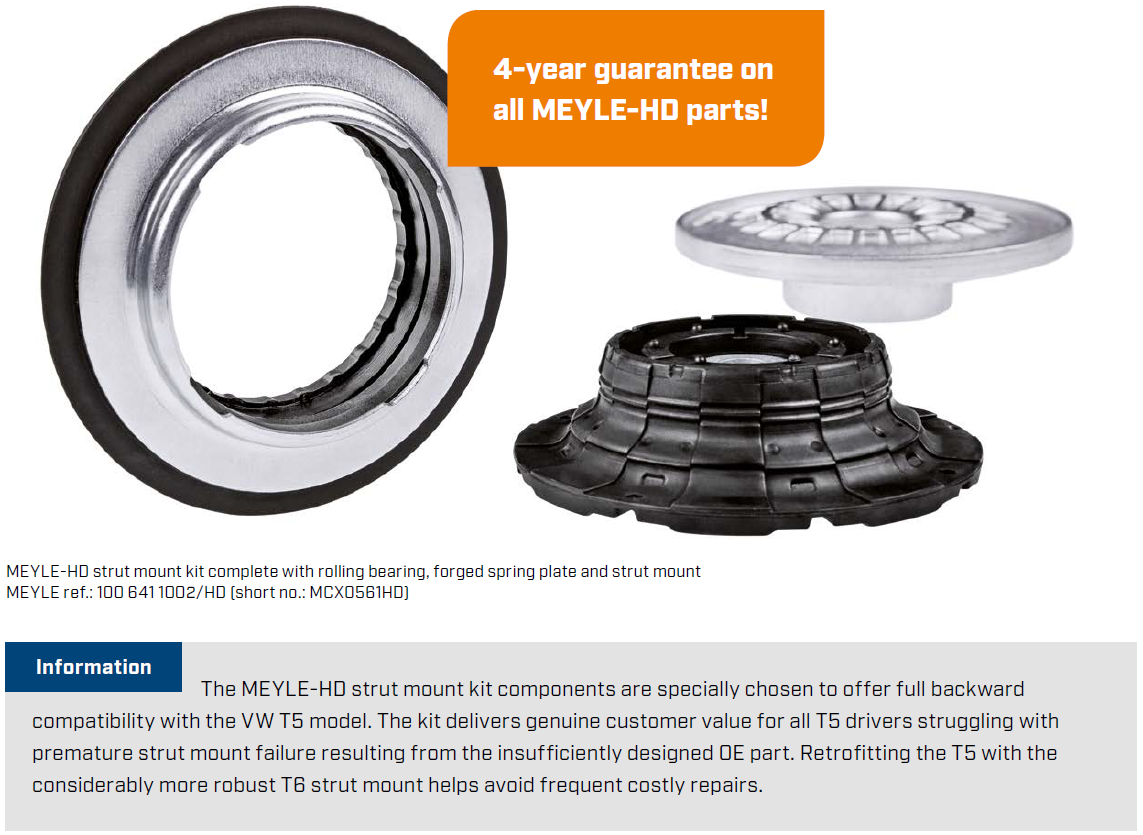 Find all information on MEYLE products, installation tips and a lot more on these pages.

Find all MEYLE spare parts for passenger cars, vans and trucks in the online catalogue.