As in previous years, the cooperation with Paul Motorsport in the ADAC GT Masters is the main focus of our sponsorship commitments. This ongoing cooperation will see a first this year, with the Audi R8 LMS GT4 being used to compete in the DTM Trophy. In addition, Paul Motorsport will compete with the Lamborghini Huracán GT3 Evo, bearing the starting number 71, for the second time in a rowat the ADAC GT Masters. Both vehicles impress with a brand-new MEYLE design. Even the drivers have been confirmed: Max Paul remains committed to MEYLE as its brand ambassador and will be supported by none other than Lamborghini’s works driver Marco Mapelli. Together they make for a top-notch racing duo, with whom T3 hope to take several top spots on the podium at this year’s race.

Promoting young talent continues to take centre stage at MEYLE – it’s not just the design but also the new racing duo that is garnering attention.

This topic also upholds the partnership between MEYLE and Paul  Motorsport: the ambitious racing drivers Max Paul and Marco Mapelli will be starting the race in a MEYLE Lamborghini this coming season. In the German GT Championship, the up-and-coming drivers benefit, as per usual, from the technical expertise of MEYLE engineers at the racetrack to achieve top performance in the coming season, even when under tremendous pressure.
Max Paul – known as one of the world’s most successful German kart drivers – has already made a name for himself over the past two seasons, with his dedication proving to be a testimonial to the MEYLE brand. This year, he will be accompanied for the first time by Lamborghini works driver Marco Mapelli, with the duo racing together for MEYLE. 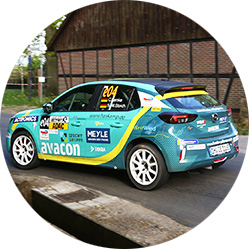 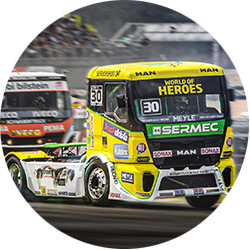